« Previous: How we learned to build framing... by building a pallet wood grandstand Next: Picking up our bus » 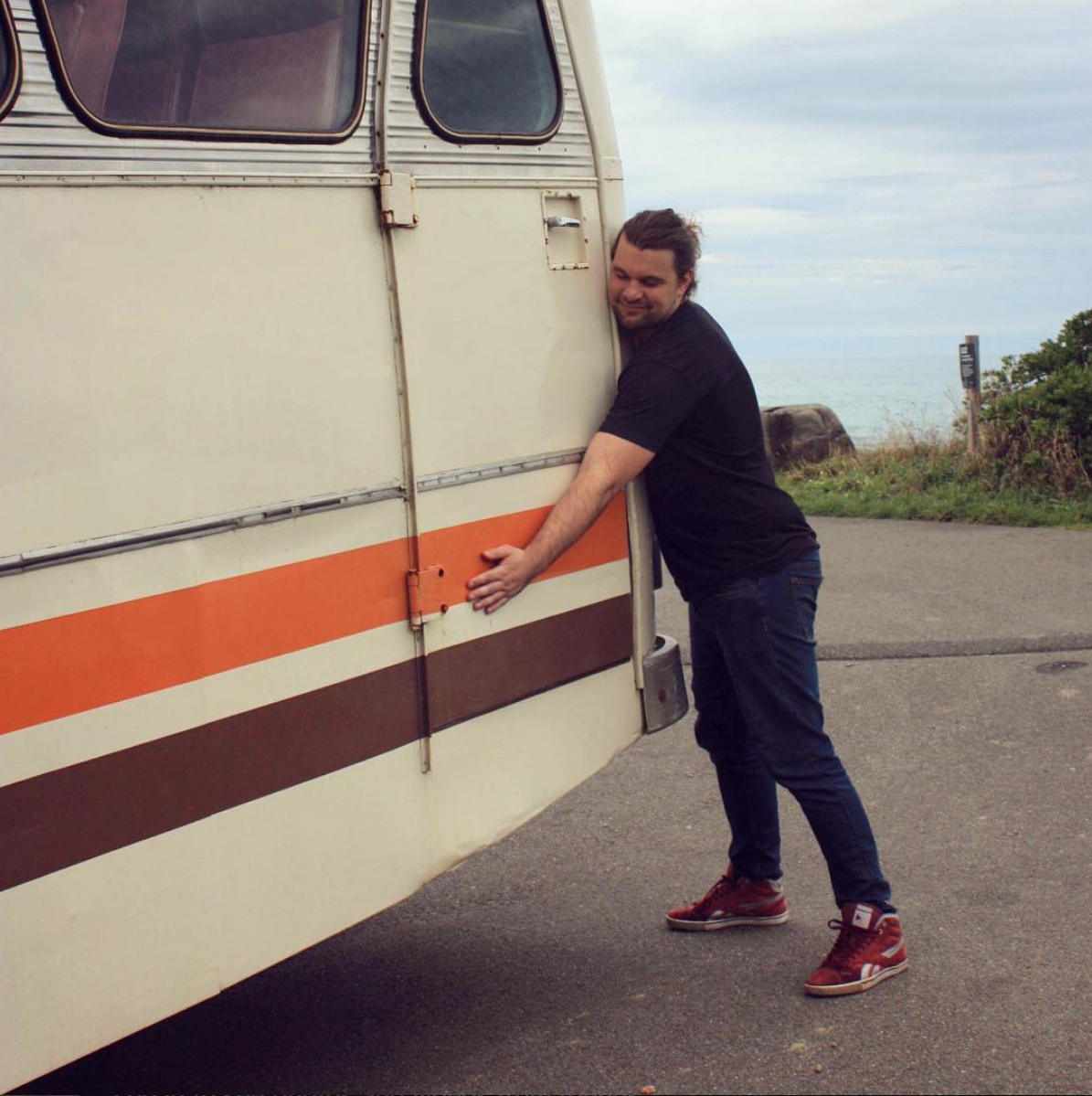 Our bus purchasing journey was long, arduous and somewhat indecisive. We started off with a mutual dream. We fell deeply in love with this dream until we inevitably we stumbled across technicalities, legalities and all the other bad-alities that forced us to re-dream our idea.

We initially had our hearts firmly set on a dog-nosed American school bus, which we were planning on importing into New Zealand (NZ) from the United States. This may sound a bit excessive, but there are laws in individual states of America stating that every school bus must end its career after a short 10 years in service. Which results in an abundance of used school buses, in almost new condition, being sold for what we would consider a steal. Also, you just can’t beat that beautiful, yellow dog-nose. Anyone disagree?

So that was the dream. Then we discovered the NZ vehicle legislation prohibits left-hand drive (LHD) heavy vehicles (anything over 4.5 tonnes is classed as a heavy vehicle in NZ), which was an obstacle too significant for us to overcome. We could, of course, convert it from an LHD to an RHD, but that’s a lot easier said than done. It would no longer be the cheaper option, and unfortunately, it would involve far more structural engineering than we were prepared to commit to. 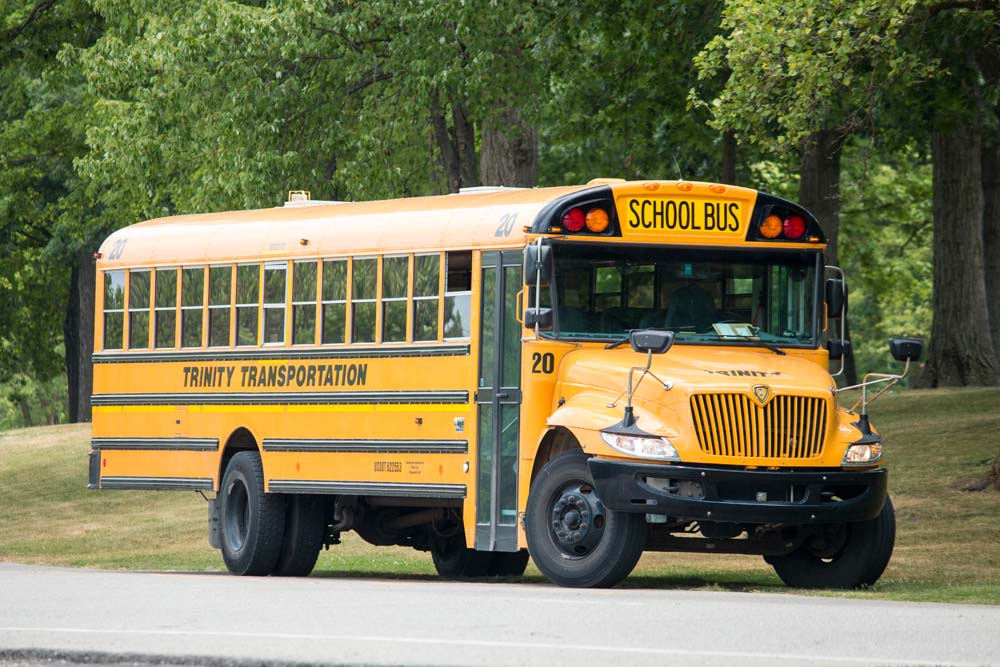 With our hopes of joining the “skoolie” tribe dashed, Bridget and I reluctantly shifted our attention to buses that were currently in NZ. We started trawling through TradeMe, NZ’s number one online classifieds website. We searched for months. And months. And months.

There was one bus late last year that we really liked, a 1979 Ford R1114. It had everything we wanted; a strong motor, still in original condition, service history, cool retro vibe, etc. But alas, we did not bid. The timing just wasn’t right. We don’t plan on moving back to NZ until later this year (2018). We still have so much to work out before we move over (from Australia), and so many skills we are yet to learn. It was just too early on in the process to buy a bus. It sold for a mere NZD 3500. It took us some time to get over our disappointment, but finally, we accepted it just wasn’t meant to be.. or so we thought.

Fast forward three months to January 2018, we had managed to organise a storage location for any potential bus, so we’re really keen to find The One. Three months of constant searching and we had nothing. Nothing we loved, nothing we even liked, and definitely nothing we were prepared to sink our life savings into.

Then we saw one. It was a 1977 Ford R1114, almost the same as the bus mentioned above, albeit in worse condition, twice the price, and had been stripped down and lived in for 4 years. It wasn’t exactly ideal but definitely something we could work with - we still loved the aesthetic despite its downsides. We got in contact with the owners. They seemed like ordinary people (always reassuring). As we are in Australia and we plan to move to NZ to build the bus, it’s just not practical (or affordable) to fly over and personally inspect each potential bus, so we organised a pre-purchase inspection (at our expense). The excitement was really starting to kick in… 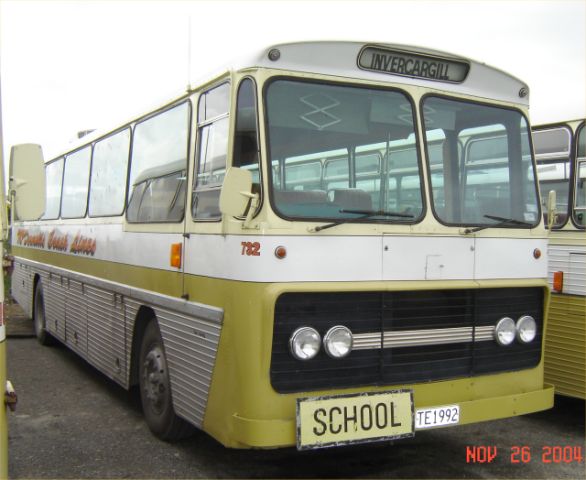 Our excitement was short-lived and was soon replaced with more indecision. The news back from the inspection was not good. All the brakes needed overhauling, it required new steering, and the worst of all, rusted out sills… near the chassis. We really wanted to say yes nonetheless - it was still a very cool looking bus, and we were just itching to get our hands on one. We ummed and ahh’d for a few days and then decided to stop being desperate fools and start being logical. They were just asking too much for a bus that needed almost everything important replaced. Our hopes were once again dashed, the disappointment set in.

So one grey, mundane Monday, I was sitting at my desk at work feeling sorry for myself. I remembered the advice I always give Bridget when she’s dwelling over something unnecessary - don’t waste time worrying about the things you cannot control. Screw it, I thought, I won’t find a bus while moping around pitifully. Time to get back in the game. So back to TradeMe I went and low and behold, what did I find, but the original 1979 Ford R1114 that we’d fallen for all those months ago relisted! The Buy It Now price was NZD 6000. Yes, that’s nearly twice what it went for last time, but it was still a great price! Naturally, I questioned why it was relisted so soon, but the seller had a genuine reason for selling. I was exhilarated. I instantly tried to buy it. Then it occurred to me that I should really contact Bridget (B) and get her opinion… it is half hers after all. So I proceeded to call B, text B, call B again… text again. She is pretty lousy at answering her phone at the best of times. I was getting frustrated and desperate. I thought we were going to miss out on this bus… again. I made a snap decision to leave work and go on a Bridget hunt. Work could wait. Just as I left, B returned my message in a panic thinking something had gone terribly wrong. After reassuring her it was not an emergency (it kind of was), I just really wanted to buy this bus (like right now), she agreed to meet me at home and have a look. 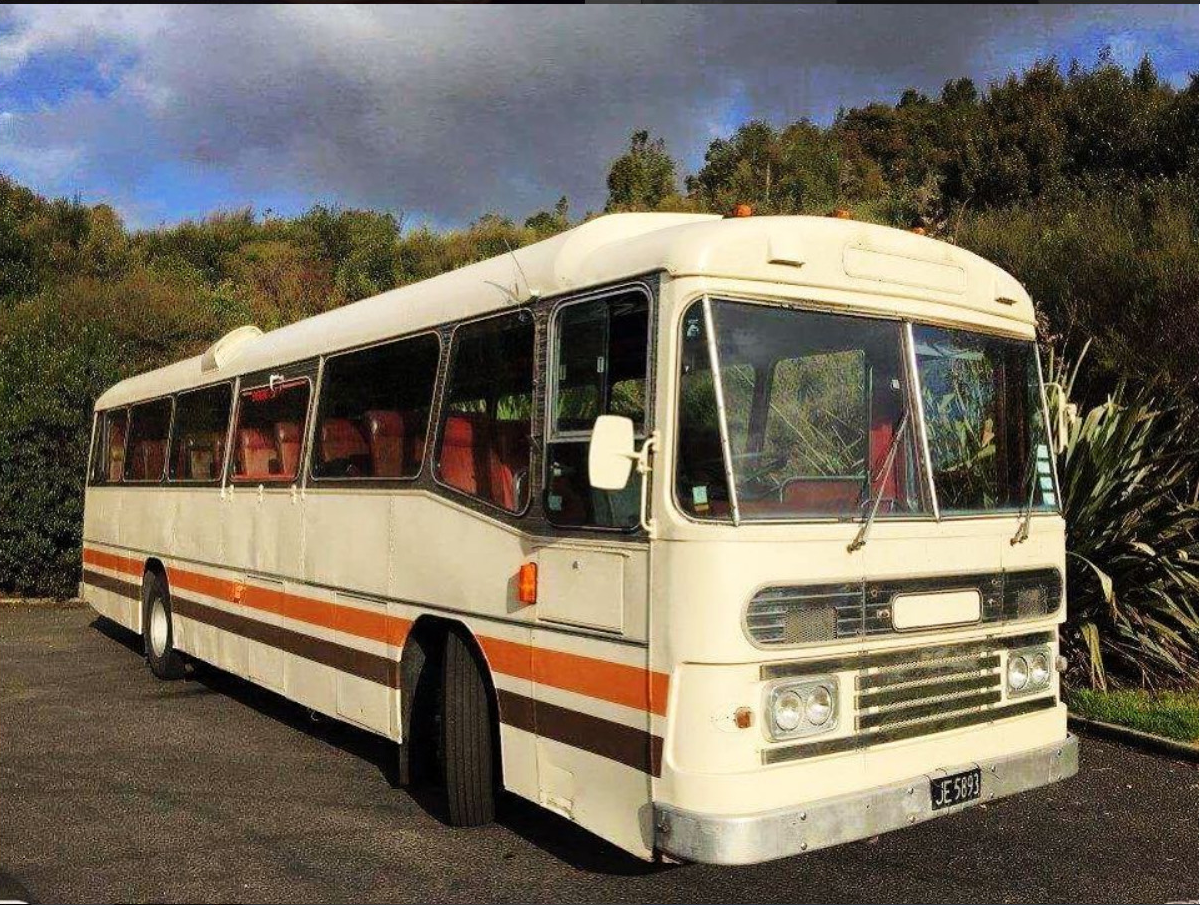 I made it home in record time. I showed B what I’d found. B was a bit more cautious than I was. She’s the kind of person who likes to sleep on big decisions, this all seemed very sudden to her. After the results of the pre-purchase inspection on the last bus, she was concerned that we had not got a similar inspection on this bus (rightfully so). I allayed her fears with evidence of an inspection on the bus from the add posted last year (the one we initially saw) and the fact that for this price, we can afford to fix most problems. She tentatively agreed to buy the bus, placing a lot of trust in my mechanical knowledge and gut instinct. A few short minutes later, it was happening. I’d nervously/excitedly clicked Buy It Now, and we had a purchase order for our dream bus. Just like that! We were ecstatic. After some deep breaths, some hugs and some high fives, I headed to straight to the bottle store for some celebratory beers… and the rest (of that night) was history.

Now that we’ve have found The One, we can quite clearly see the lesson to be learnt from this process. Don’t rush big decisions like buying a home. “Winging it” is exciting, but some things just need to be done correctly. I am quite proud of us for trusting our gut and deciding against purchasing the first bus.

Stay tuned for our next post where you will hear (read) how we got the bus from Wellington to Queenstown in one (almost) go.

« Previous: How we learned to build framing... by building a pallet wood grandstand Next: Picking up our bus »